Boris was born and raised in Bulgaria and speaks, reads, and writes fluent Bulgarian.  Boris also has a fair comprehension of Russian.  Boris arrived in the United States in 1991, at the age of 16, to perform in various circus troupes, including Circus Circus in Reno and Las Vegas.

In 1997, Boris was awarded a presidential scholarship to attend the University of North Dakota.  At UND, Boris was a member of the swimming and diving team and received the Athletic Director’s Academic Achievement awards twice.  In addition, he was on the Dean’s List every year and became a member of the ΒΓΣ International Business Honor Society, which accepts only the top 10% of students, who major in business administration.  Boris was also awarded the J.F.T. O’Connor Scholarship Award in four consecutive years, the General Mohamed Kabbaj Scholarship, in four consecutive years, and the Frasca International Aviation Award in 2000.  In 2001, Boris graduated Summa Cum Laude with a bachelor of business administration in aviation management.

In 2008, Boris graduated the University of North Dakota School of Law with distinction.  In law school, he was a member of the Student Trial Lawyer Association and was enrolled in the clinical education program, where he learned the practice of law under the supervision of an attorney.

After graduating from law school, Boris returned to Las Vegas and passed the Nevada Bar Exam.  After passing the bar, Boris practiced law as a sole practitioner for more than eight years in the areas of personal injury, immigration, bankruptcy, family law and civil litigation. Boris joined vegas west attorneys in 2017. 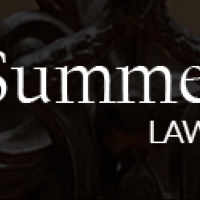